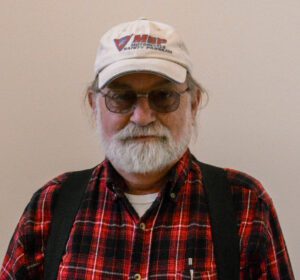 Monthly Letter to the membership

In what has become a tradition, A.B.A.T.E. of PA is honored to devote a portion of Between the Lines to our service members around the world and their families. This is our Christmas Salute to those who serve. For most of us, Christmas is a time of celebration, gift giving, family, and friends. For many of our service members, that is not always the case. But despite being separated from loved ones, the Christmas spirit survives and flourishes in the most unlikely of places and times. Past Christmas Salutes have taken us as far back as 1776 and as far away as the far side of the moon.

The first Christmas Salute ran in 2008 when I wrote about the 1914 Christmas Truce, among other things. Since then, there has been a Christmas Salute each year except for 2011 and 2012, when I wasn’t an officer in A.B.A.T.E. of PA. There have been thirteen Christmas Salutes leading up to this one (number fourteen). We have saluted Conrad Heyer, the only soldier who crossed the Delaware with George Washington on Christmas Eve 1776 who lived long enough to be captured in a photograph. And we have saluted the Apollo 8 astronauts who took the famous Earthrise photo and read the first ten verses of Genesis to us on live television on Christmas Eve 1968.

This year’s salute recognizes what is perhaps the largest Christmas present ever given, by a grateful nation to eight million soldiers for Christmas 1945.

In 1939, the US military consisted of 334,000 troops. By early 1945, that number had swollen to 12 million troops, 8 million of whom were scattered overseas in Europe, the Pacific, and Asia. After Japan surrendered in August of 1945, 8 million troops and the nation that sent them to war wanted them home right now or at least by Christmas. And they almost made it, in one of the largest troop movements in recorded history.

To get them back to US soil, the War Shipping Administration launched Operation Magic Carpet. It takes a lot of ships to move 8 million soldiers in a couple of months. The WSA used them all. Aircraft carriers, battleships, cruisers, Liberty ships, Victory ships, anything that floated and could carry a couple of hundred troops was pressed into service, more than 700 ships in total. The USS Saratoga (CV-3) carried the most, 29,204 soldiers returned, about 3,500 at a time. For many of these ships, Operation Magic Carpet was their final service to the country before being decommissioned. But they served well. In December alone, more than 700,000 troops reached US soil from places all around the world.

But getting the troops back to US soil was only the first part of the job. Once back in the US, Operation Santa Claus took over to process the troops out of the military in an orderly manner and get them home. At least that was the plan. This took place in multiple “separation centers” on both coasts. Once discharged, the soldiers had to make it home in the face of the worst rail and traffic jams in the history of the country.

In 1945, the Interstate highway system had not been built yet. Most roads were still two lanes. Civilian air travel was still limited coming out of a war. Passenger rail service moved most of the troops, and busses moved the rest. Slowly. In December, eastbound trains from the west coast were running on average twelve hours behind, and 94% of the passengers were returning troops. A nation gave up its seats to a flood of returning soldiers.

America had been at war for four years, endured a lot of hardship, and had seen too many times when soldiers in dress uniforms knocked on a door to deliver a tragic telegram. Christmas trees had been few and unlit. Rationing meant that presents and meals were sparse as well.

But the war was over and after four dark years of World War II America was about to embark on what would become the greatest Christmas celebration in American history.

Christmas 1945 was on a four-day weekend (proclaimed by President Truman). For most of the country, it was a white Christmas as well. A nation rolled up its sleeves and got as many of its soldiers home for Christmas as was humanly possible. And did its best to take care of the ones who didn’t make it to their homes in time.

Not all of them made it home in time for Christmas. But the soldiers still in hospitals, on trains, on busses, in separation centers, and on ships still steaming toward America were heading home to be welcomed by a grateful nation now at peace. Army Private Wilson Montgomery was quoted as saying, “The best Christmas present a man could have…”, upon stepping foot on US soil on December 23, 1945. Apocryphal? Maybe. But it summed up the feelings of an entire nation and is the fitting summary to this year’s Christmas Salute.

And now we conclude, as we do every Christmas Salute, with these words…

For many members of our armed forces, Christmas is a day spent in a place you'd rather not be...a long way from home and family. For the rest of us, the holidays are a time to remember those who serve and their families and be grateful for their sacrifice.

From all the members of A.B.A.T.E. of PA, our heartfelt thoughts go out to the members of our armed services this holiday season, their families who are without them, and our prayers for their speedy and safe return.