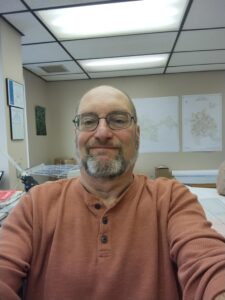 Monthly Letter to the membership

March 28th is Lobby Day, we will be meeting on the front steps at 8:30 am to divide up, if you can't get there until later let me know. The meetings are being limited to 3 members so hopefully everyone will have the opportunity to go to one. There will also be handouts for the Rights Rally on May 23rd and a list of our positions. Anyone that's coming, if your Legislator is not on the list, you can try to set a personal meeting with them while at the Capitol.

Rights Rally May 23rd meeting at Fort Hunter Park 5300 North Front Street, Harrisburg, PA 17110 at 9:30 am. The Rally starts at 11:00 am and runs till 12:00 noon. It will be on the front steps and not in the rotunda as the building is still limited to groups smaller than 50 people. I have rooms set aside at the Red Lion Hotel Harrisburg Hershey. The cost is $90 for the night. Tell them you are with the A.B.A.T.E. Rights Rally.

Department of Health's COVID death toll is more than CDC's estimate for excess deaths since start of pandemic.

Data released last month by the U.S. Centers for Disease and Control regarding excess deaths during the COVID pandemic raise questions about the state’s tally of COVID deaths. When the CDC released its estimate for the number of excess deaths during the pandemic, its total was less than the number of deaths Pennsylvania has attributed to COVID-19. Charts on the CDC web site indicate that there were 40,000 total excess deaths in Pennsylvania since the start of the COVID pandemic. The CDC’s estimates included data through Feb. 19. The Department of Health’s tally of COVID deaths was over 43,000 at the time the CDC released its estimate. Barry Ciccocioppo, a Department of Health spokesman, said that Pennsylvania is one of 10 states in which the CDC’s excess death estimate is less than the reported number of COVID deaths. Comparing the CDC estimate to the state’s tally isn’t necessarily neat and tidy. “The short answer,” Ciccocioppo said, is that the CDC estimate and the state’s tally of COVID deaths are two different types of numbers. The DOH COVID death numbers “are an actual number and represent deaths in PA that are likely due to COVID-19.”

Ciccocioppo said that all of Pennsylvania’s COVID-19 reported deaths are manually confirmed by DOH and the department has been working “closely” with the CDC to ensure that the data is accurate. “The CDC number is “an estimate of excess deaths, which is a mathematically-modeled figure based on trends over the past six years,” he said. He said the Department of Health’s analysis of the CDC data suggests that Pennsylvania had fewer non-COVID deaths than the CDC model projected. As a result, some of the COVID deaths didn’t show up as excess deaths until the death toll surpassed the number the CDC’s model predicted the state would see in a normal year.

The way the state calculates what counts as a COVID death has been a subject of controversy since the start of the pandemic. But much of the attention on the state’s data has shifted away in weeks, as COVID cases have tumbled as the omicron variant subsided and mitigation measures have been relaxed. Even so, the state Senate voted last month in favor of legislation that would require the Department of Health to share more information with county coroners about reported COVID deaths. That legislation was inspired by concerns from county coroners who weren’t convinced that the state’s tally of COVID deaths in their counties were accurate, said Sen. Judy Ward, R-Blair, the prime sponsor of the legislation, Senate Bill 327. A similar bill was vetoed by Gov. Tom Wolf in 2020. Last year, the state’s Legislative Budget and Finance Committee, in response to House Resolution 1087 (which was approved by the state House by a unanimous vote in November, 2020), attempted to review the state’s data on COVID deaths but was hamstrung by the Department of Health’s refusal to grant that committee’s researchers full access to their records. While the researchers weren’t granted full access to the DOH records, a LBFC official told lawmakers that from the data they were able to get, they found no evidence that DOH was inflating the state’s COVID death numbers.

Governor Tom Wolf announced in March that Pennsylvania stands with Ukraine and he vowed to continue to take actions to support the country as it courageously endures a horrific, unjust invasion by Russia. The governor highlighted the steps he immediately took to sanction Russia, his support for fully divesting financially from Russia, and the commonwealth’s open arms to Ukrainians fleeing conflict.

"Frances and I have been watching the news and seeing the devastation being inflicted on the people of Ukraine. It is abundantly clear that the people of Ukraine are strong and united as a nation, but it is heartbreaking that they have been forced into this war – and forced to endure the loss, destruction and death that war brings – by Russia," Gov. Wolf said. “The people of Ukraine have shown immense courage and bravery, which should have never been necessary. Pennsylvania stands with Ukraine. I will do everything in my power to ensure Pennsylvania's support of Ukraine and also sever ties with Russia.”

Pennsylvania is home to more than 122,000 Ukrainians, the second most of any U.S. state.

"I sincerely thank the Commonwealth of Pennsylvania and personally, Governor Wolf, for taking the lead in adopting such a strong response to Russia’s brutal aggression against Ukraine and terror against the entire world," said Honorary Consulate of Ukraine in Philadelphia Iryna Mazur. "Pennsylvania sends a strong message of support to Ukraine by full divestment of any public funds from Russia. The entire Ukrainian American community of the commonwealth is enormously grateful for the display of such a level of support for Ukraine."

In recent years, we have deepened business connections with Ukraine. With support from Pennsylvania’s Office of International Business Development under the Department of Community and Economic Development (DCED), businesses from Ukraine have chosen to make Pennsylvania home.

Ukraine has grown world-class businesses in sectors as diverse as IT, food production, and concrete pavers.

DCED began actively reaching out to their business community because we saw opportunity for Pennsylvania to help Ukrainian businesses expand into the US market. “During the past year, we worked with the local Chamber of Commerce in Lviv and the American Chamber of Commerce in Ukraine on a webinar for companies in Kyiv and actively engaged the Ukrainian business community about trade and investment opportunities in Pennsylvania,” said David Briel, Deputy Secretary of DCED’s Office of International Business Development. “The commonwealth has the second largest Ukrainian and Ukrainian-American population in the U.S. Pennsylvania also shares many historical commonalities with Ukraine, including a well-developed industrial base, highly-trained workforce, and rich farmlands.”

“Today, Ukraine is fighting a war not for their independence but a war for the whole democratic world; fighting alone and does phenomenal success in fighting against the Russian terror," said Viktor Kolesnyk, managing director of Orange Pavers, a concrete pavers and stone products manufacturing facility located in Stroudsburg, Monroe County. "I would like to thank Governor Wolf and his team for supporting all the people of Ukraine and for doing every possible effort to isolate Russia and Russian businesses on US ground.”

Pennsylvania stands ready to support Ukrainians fleeing their country and would welcome them here in the commonwealth. “I have repeatedly joined with President Biden and other leaders across the globe to condemn the unprovoked and unjustified invasion of Ukraine by Russia, and we have and will continue to take real, meaningful actions to support Ukraine," Gov. Wolf said. "I strongly support adding Russia to the list of countries we divest from under law. Pennsylvania also stands ready to accept Ukrainians fleeing violence. You are safe and welcome here.”

From day one, Gov. Wolf has stood with Ukraine and will continue to do everything in his power to support the country and its people. Pennsylvania is one of the largest purchasers of liquor in the United States, and Gov. Wolf was one of the first governors to urge a stop on the sale of Russian-made liquor in state stores, which was quickly acted upon. Gov. Wolf successfully called on the Pennsylvania State Employees’ Retirement System and the Public School Employees’ Retirement System to divest from Russia. Gov. Wolf applauded Pennsylvania Treasurer Stacy Garrity for her commitment to divest state investments from Russian companies. At the governor's direction, agencies under his jurisdiction are reviewing contracts to ensure there are no contracts with Russia.