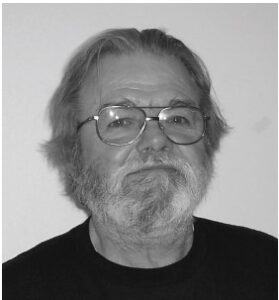 Join the 2023 Meeting of the Minds Committee

Behind the scenes, 12 states are talking about banning the sale of any internal combustion engines beginning around the year 2035. These states are: California (ban plan already in effect), New York, Massachusetts, North Carolina, Connecticut, Maine, New Jersey, New Mexico, Oregon, Washington, Rhode Island and Hawaii.  While this may not sound like much, California alone accounts for over 10% of car sales in the United States. With the other states added in, the ban on internal combustion engines could affect 40% or more of all auto sales.

In a future where 40% less fuel is being purchased in the United States, will refineries stay in business? What will be left to purchase for people like us to use to fuel our motorcycles? Will there come a day when we have to find local distributors where we can buy our gasoline in quart cans at $10 a quart?

We must work together at the national and state levels to try and maintain some availability of the fuels we need and want. Electric cars and electric motorcycles are coming. If you don’t believe it, get your head out of the sand. We have to do something to ensure we’ll be able to enjoy our gas-powered bikes as other technologies progress.

Many new electric vehicles are coming equipped with the latest—but not greatest—automated driving systems. In California and Utah, two motorcyclists were recently killed by Tesla vehicles whose automated driving systems were engaged. Following these tragedies, European group Connected Motorcycle Consortium discovered through testing that cars with the automatic braking system or other autonomous driving mechanisms only pass the test to detect stopped motorcycles 32% of the time, compared to 95% of the time with full-size vehicles in front of them. Think about that for a moment. If you’re riding your motorcycle and you stop at a red light or for another reason, is the person behind you texting or reading something and not paying attention to the road, hoping their car will stop them in time with the automatic braking system? It feels to me that Europe is the only region doing any responsible testing with these autonomous cars and automatic braking systems. We have to get together and do what we can to get our government to start testing all of these autonomous vehicles and to produce data, rules and regulations surrounding their use. While industry and technology move a lot faster than our government, we can’t stand to be collateral damage in the meantime.

A few years ago, I attended an autonomous vehicle seminar in Philadelphia put on by the Federal Department of Transportation. In a discussion on the side with somebody from the department, I asked what they plan on doing to ensure the safety of motorcycles on our roads.

Her answer was that by 2050, there will be no motorcycles on our roads. Keep this in mind the next time you hear the term “vulnerable user”. It’s a term being used in an attempt to label motorcyclists as nuisances to new technology and to drive us off the road.